Sophie May is 1 today! 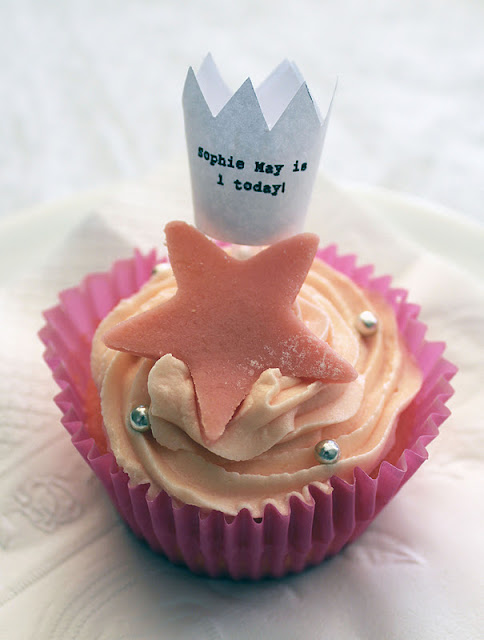 The cake says so!
But, gosh, how did that happen?  It seems like only yesterday she was a compliant little bundle, sleeping lots and occasionally blubbing if I was late with a feed.  Now, she's a small, unstoppable force of nature (albeit, one of the cutest kind!) that has a holler that can drown out the sound of lawnmowers and whose favourite thing is to sneak up on our poor, old, clueless dog and grab tufts of fur from her rump.  Ohhhh, Sophie May!   I love you, squiggle!
I also have to say a BIG thank you to Cameron, who had his tonsils out just yesterday, for helping me with the cakes this afternoon.  He plonked those stars on perfectly.   You are a trooper *kiss* ! 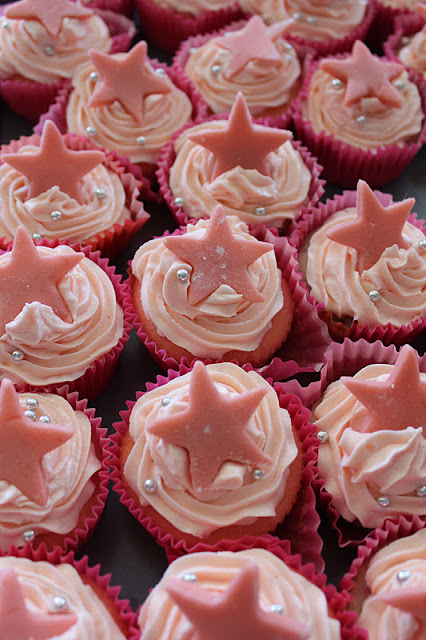 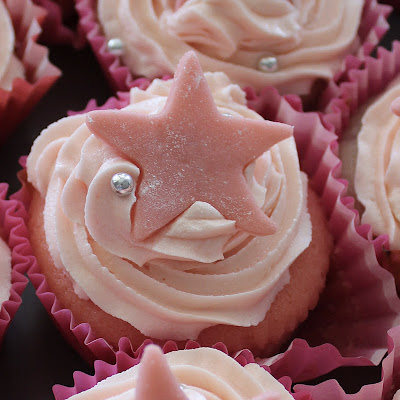