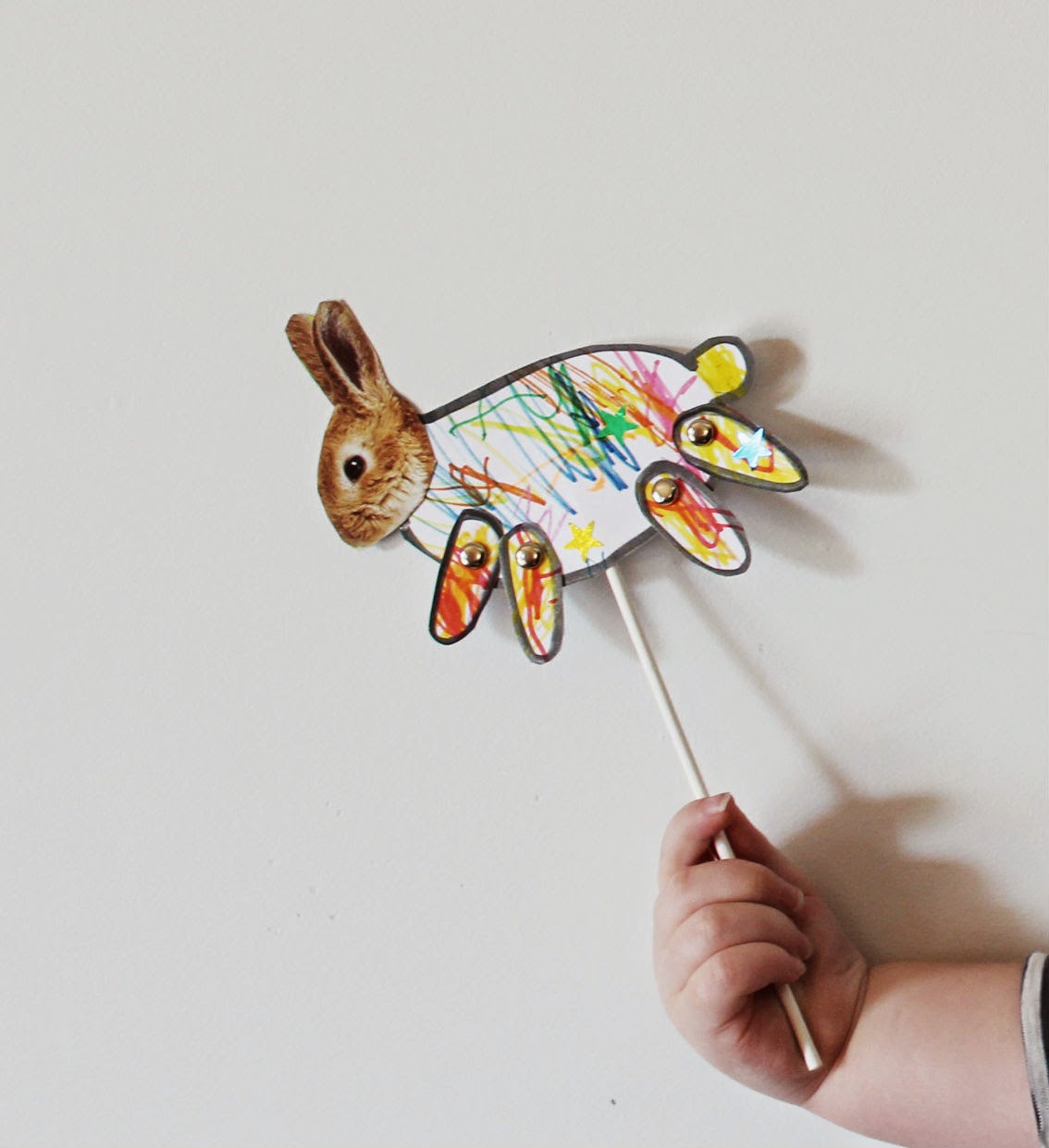 It's a rare thing to get my daughter to sit down and concentrate on anything for more than five minutes, and this was no exception.  She has been badgering me to do some drawing for the last couple of days, but once we had pulled everything out of the art box, sat down and did five minutes of colouring, she was over it.  Still, it was enough time to cobble together this little rabbit puppet, and she has been toting him about for most of the afternoon. 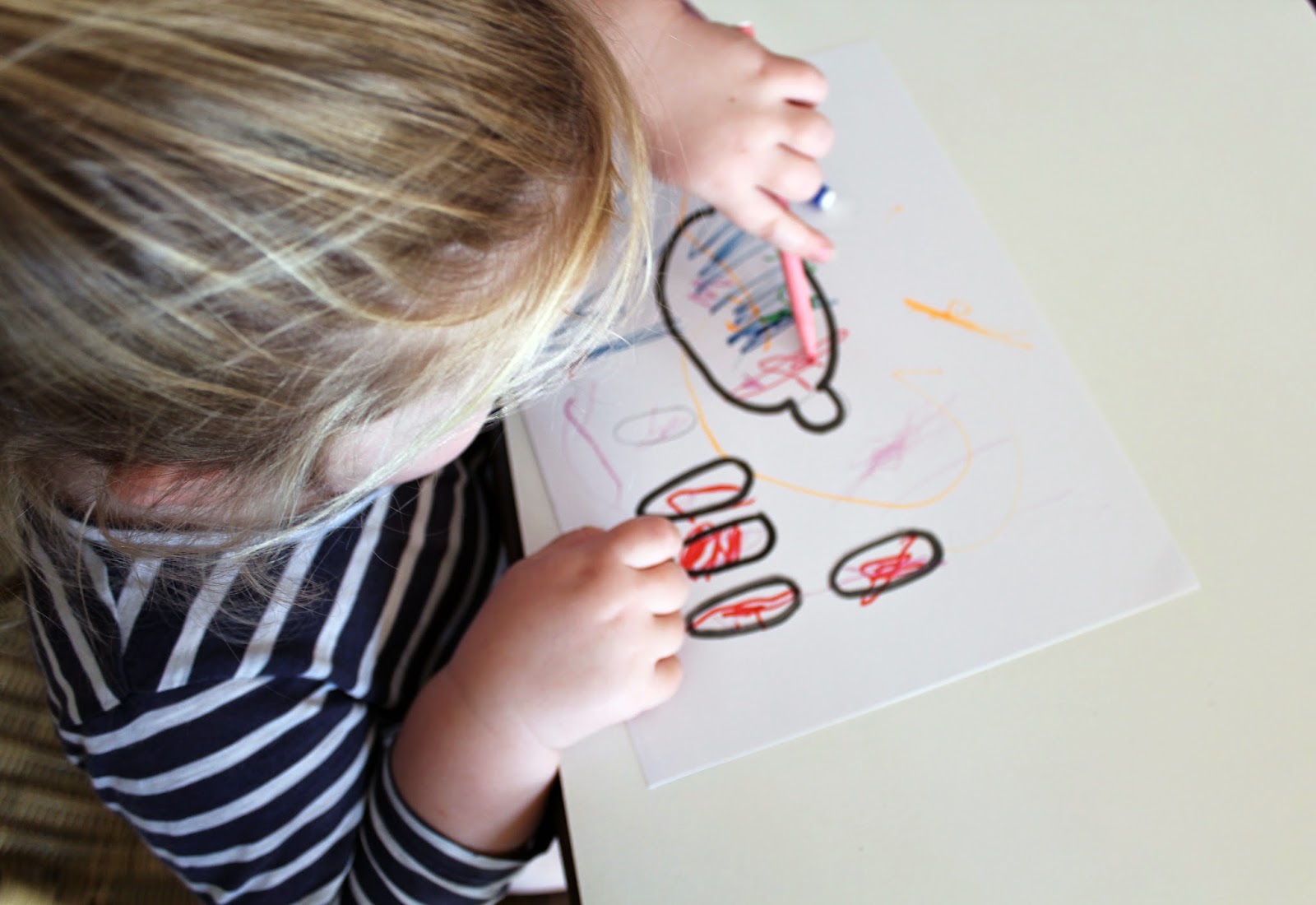 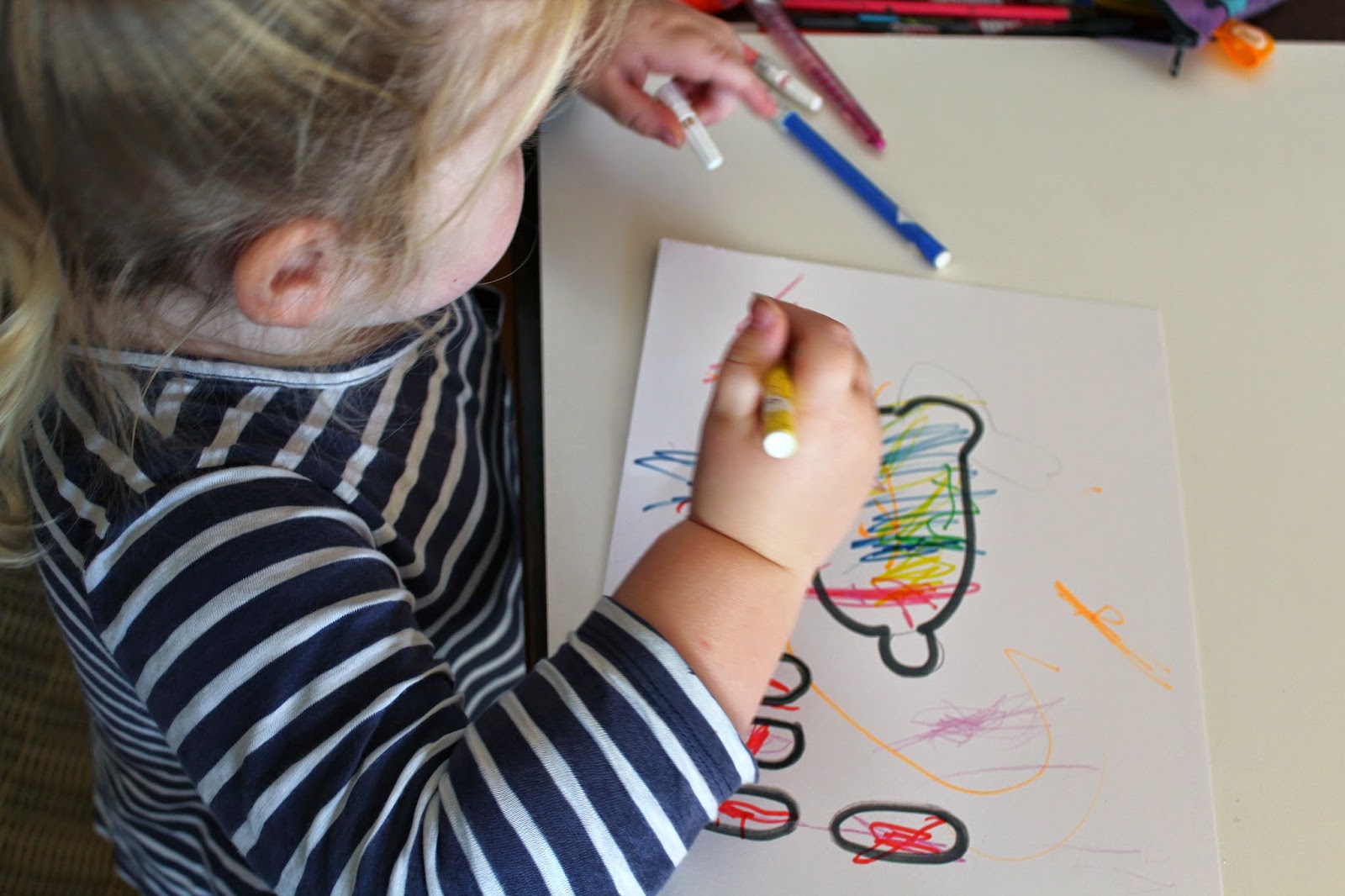 According to Sophie, colouring inside the lines is for amateurs, but luckily it's not really necessary for paper puppets. 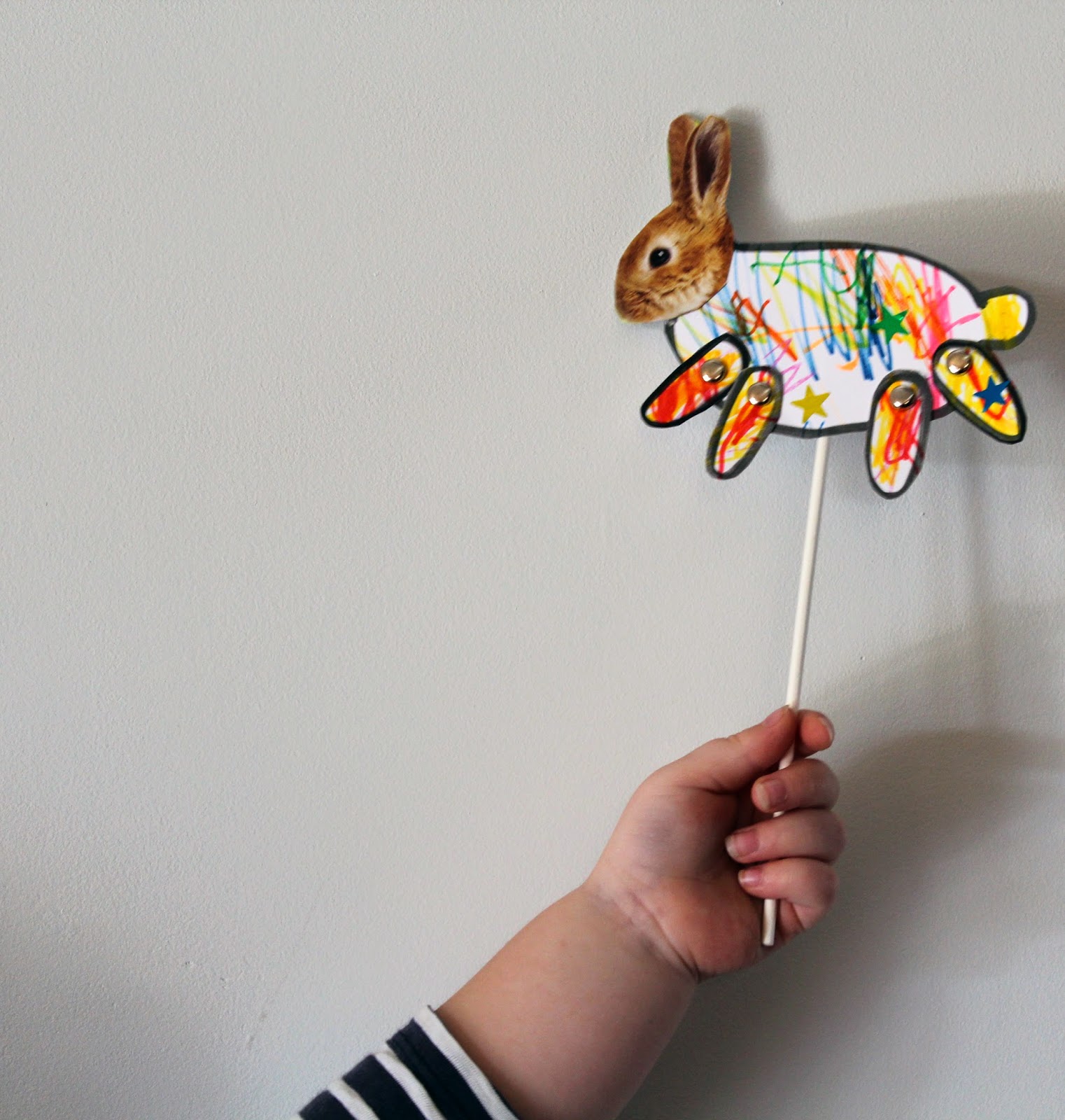 She is already planning her next one, which will have "blue tiger stripes and a big woolly moustache". 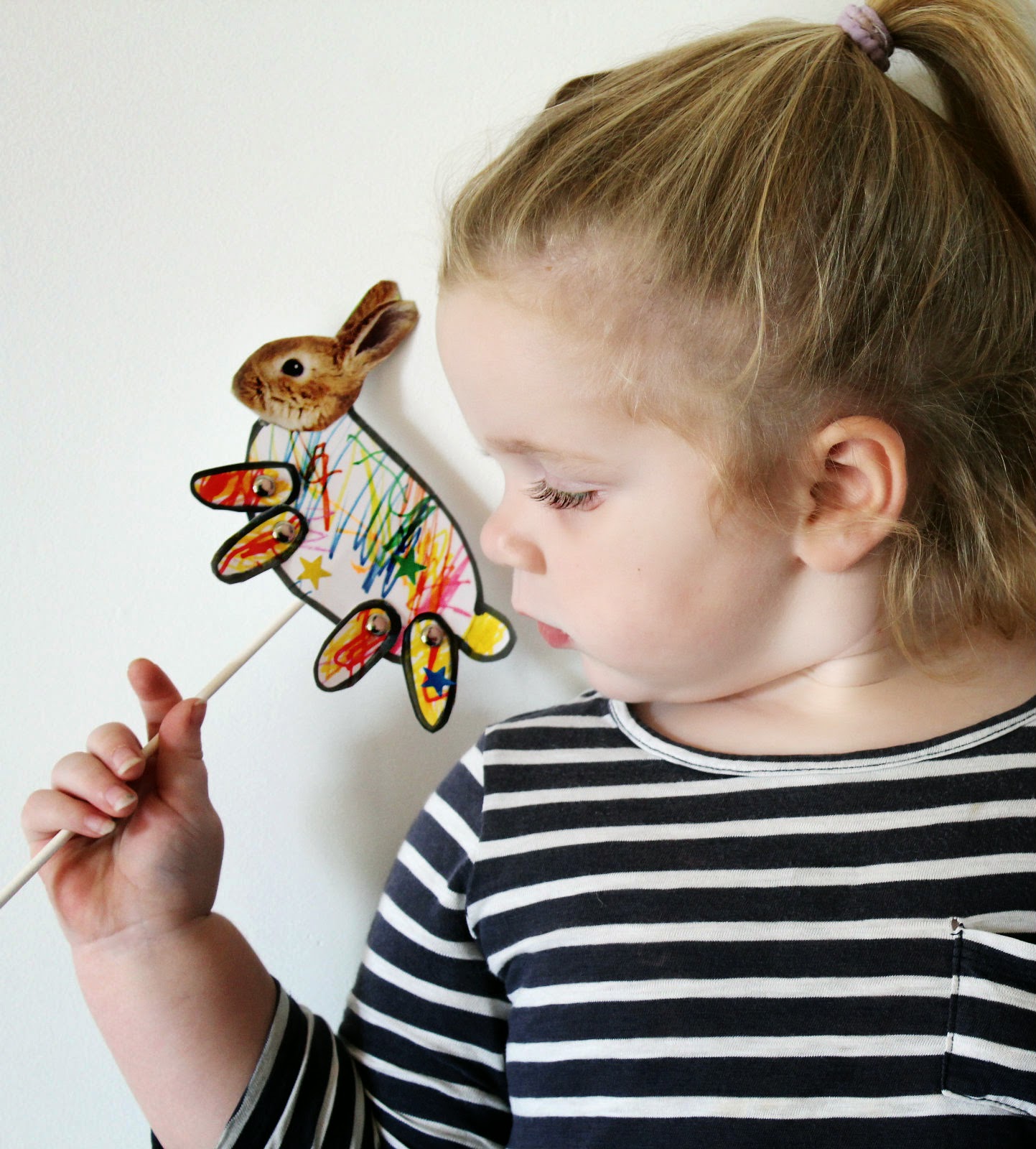 Email ThisBlogThis!Share to TwitterShare to FacebookShare to Pinterest
Labels: fun with paper, making stuff with kids