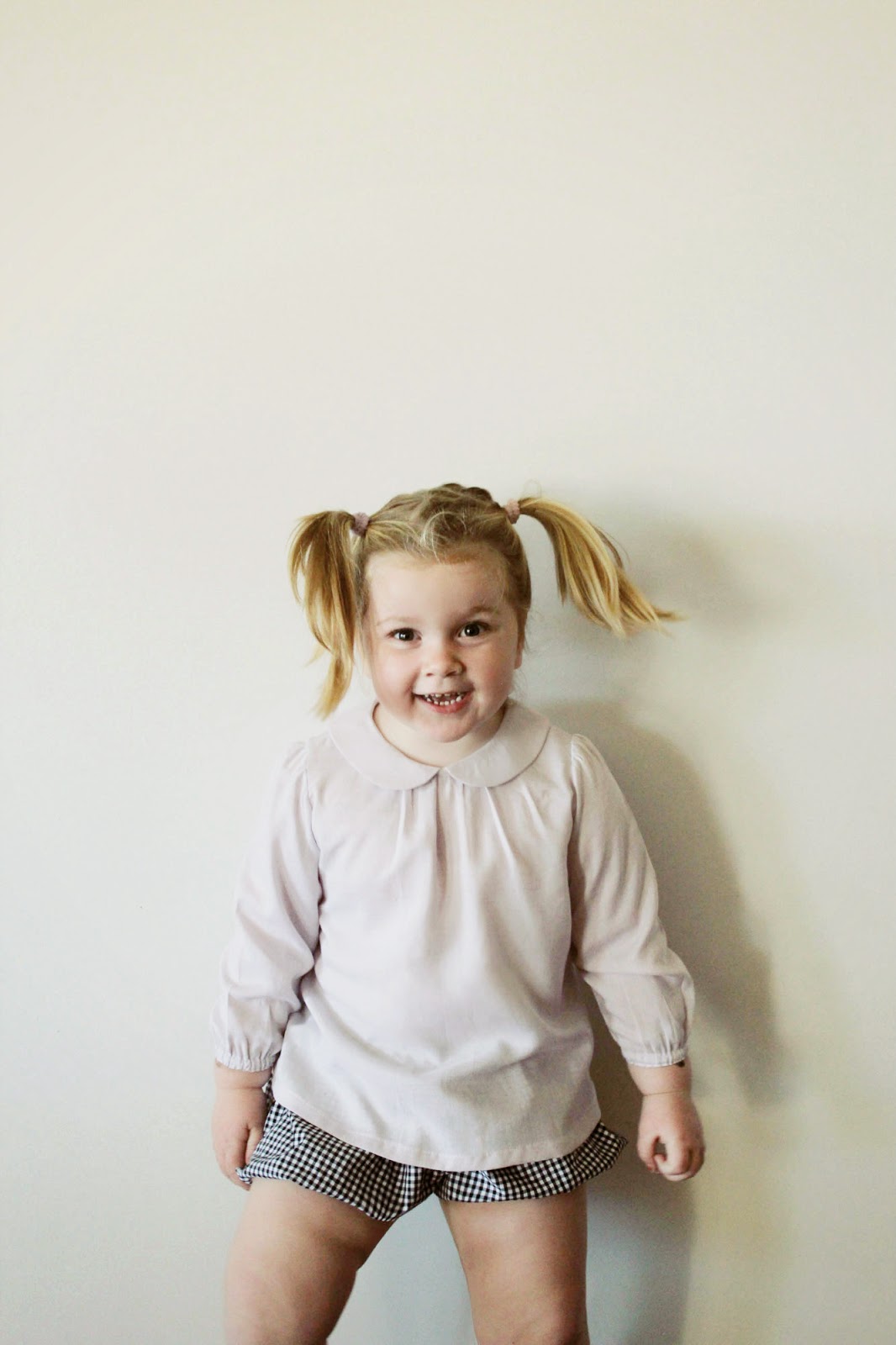 I've had a bit of a Peter Pan collar thing happening lately.  I'm not sure that Sophie is demure enough to carry off this sort of style, but I had a 'what the heck' moment and thought I'd give it another whirl anyway.  I made this top using pieces from several patterns, the back and front from one pattern, the collar from another, the sleeves from something else, making slight adjustments to the joining pieces so that everything would fit together nicely. 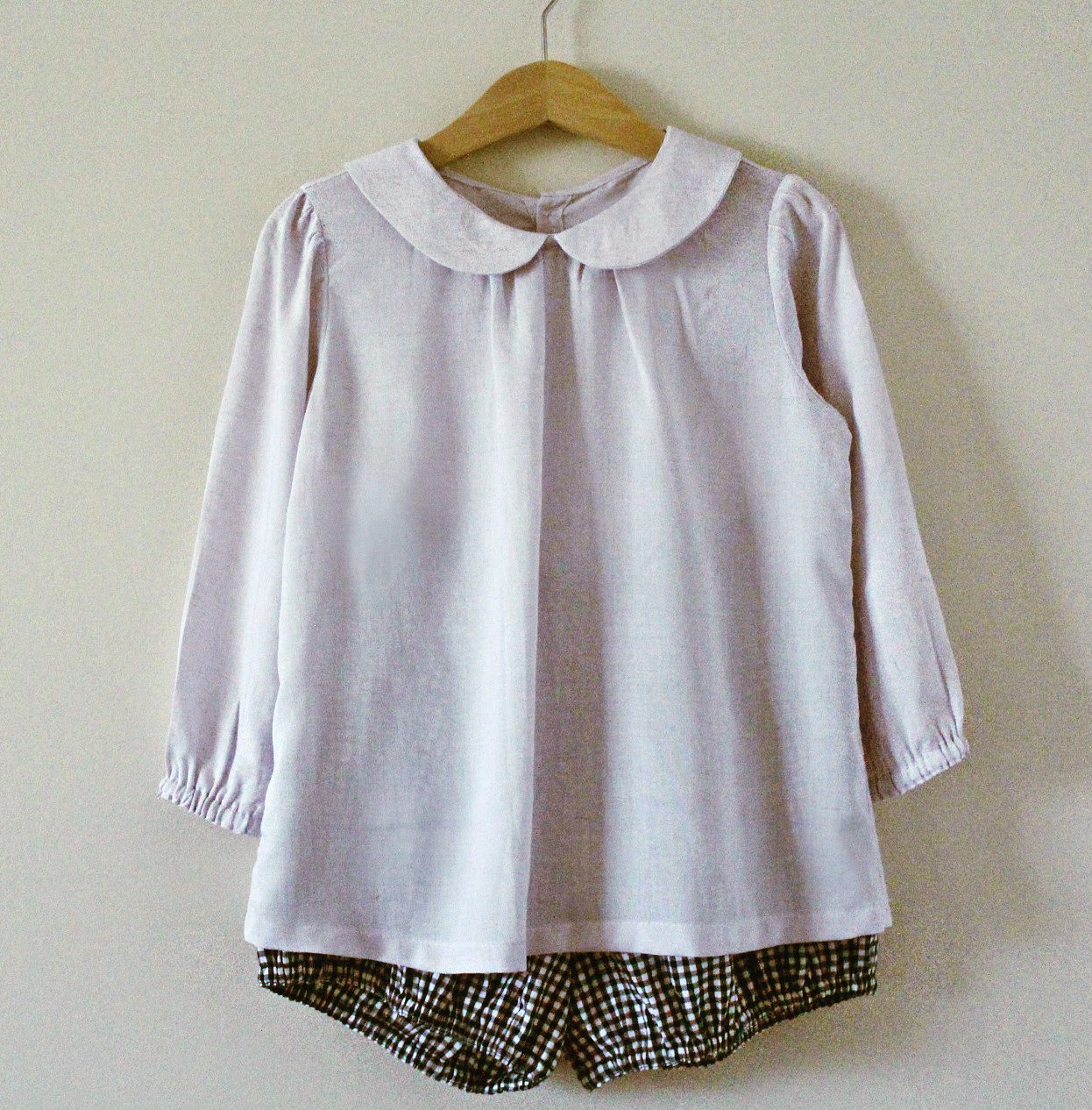 But, as usual, although I wrapped my tape measure around all of Sophie about two hundred times before I cut the fabric, fit was still an issue.  When I make something for my girl, I have to make it quick because she can grow a size overnight.  Cameron was exactly the same up until the age of five, and then weighed the same for three years as he grew lengthwise (he's nine now, and almost as tall as me).  I'm hoping Sophie will have the same period of vertical catch-up

So did it fit?  Yes!  But...was it a comfortable fit?  We decided we should put the new blouse to the test.

Firstly, some teapot action.  All good. Then a bit of kung-fu fighting, and some quicker-than-the-human-eye Hong Kong Phooey kicks. 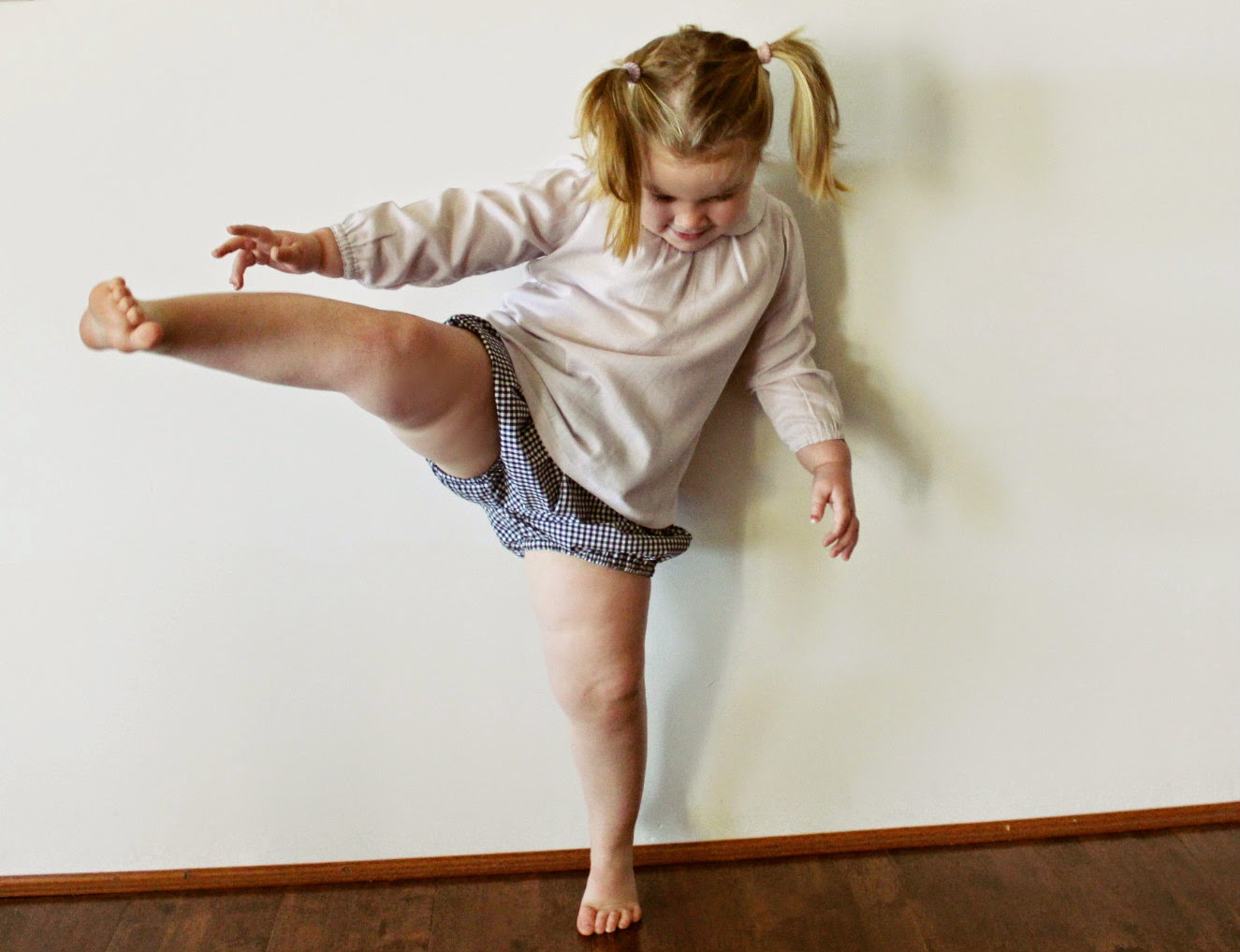 Next up,  an action-packed extended version (or three) of Twinkle Twinkle Little Star.  Sophie likes to add her own bits to this song and the entire thing once through takes four or five minutes to sing.  It is seriously intense stuff. 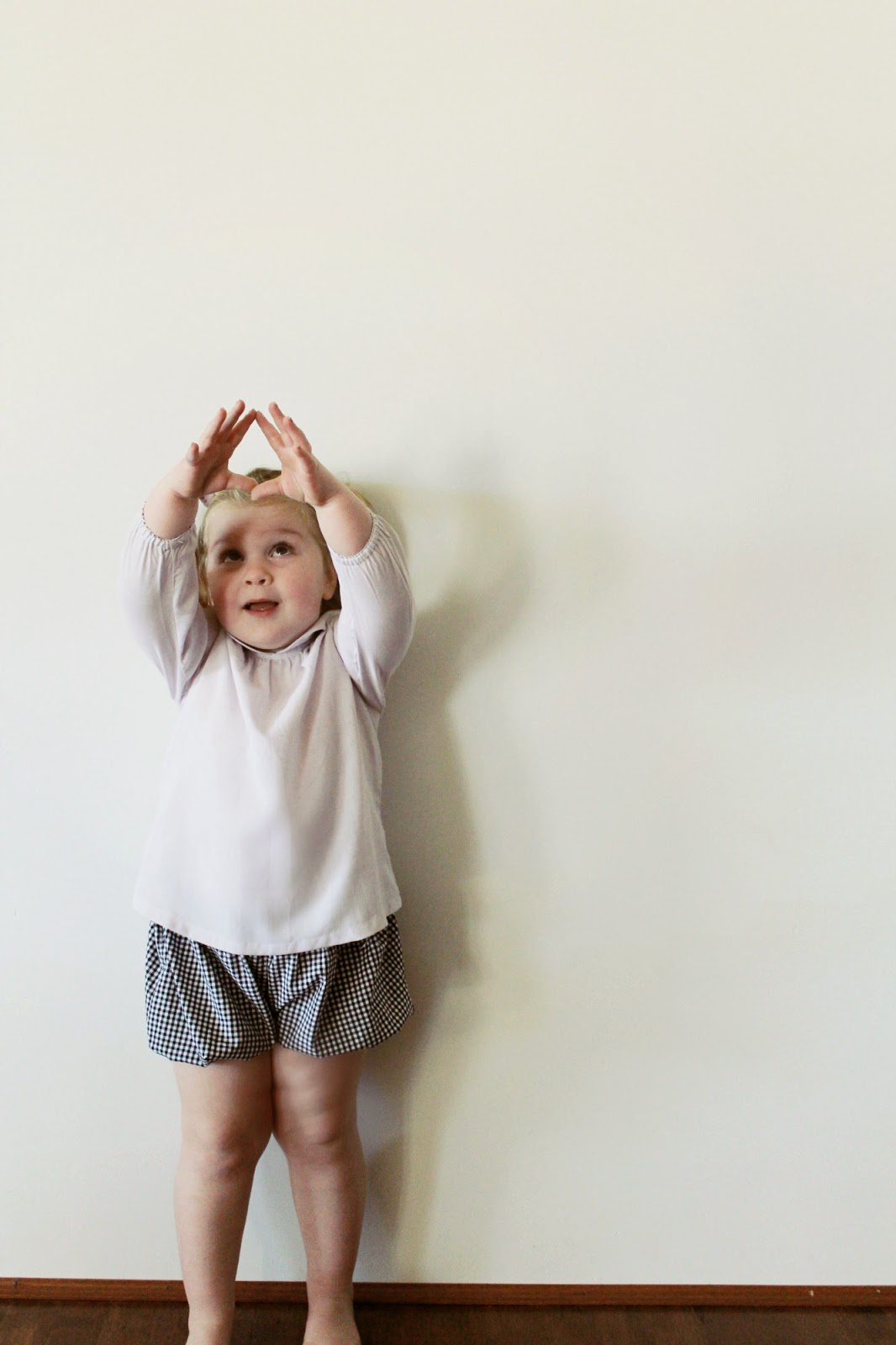 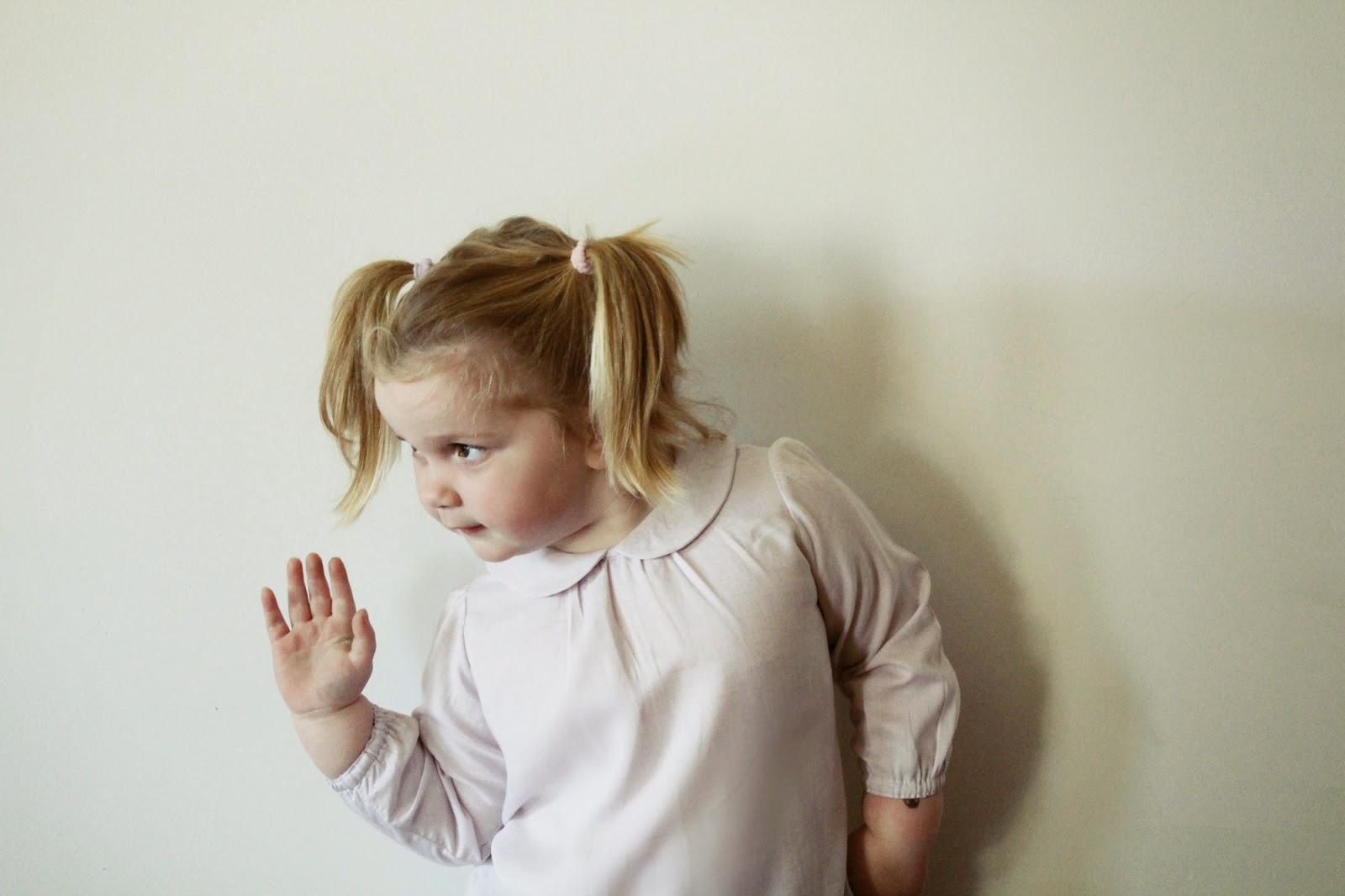 Woohoo, no ripped seams or buttons flying off - hooray!   It even got through a thank you bow. 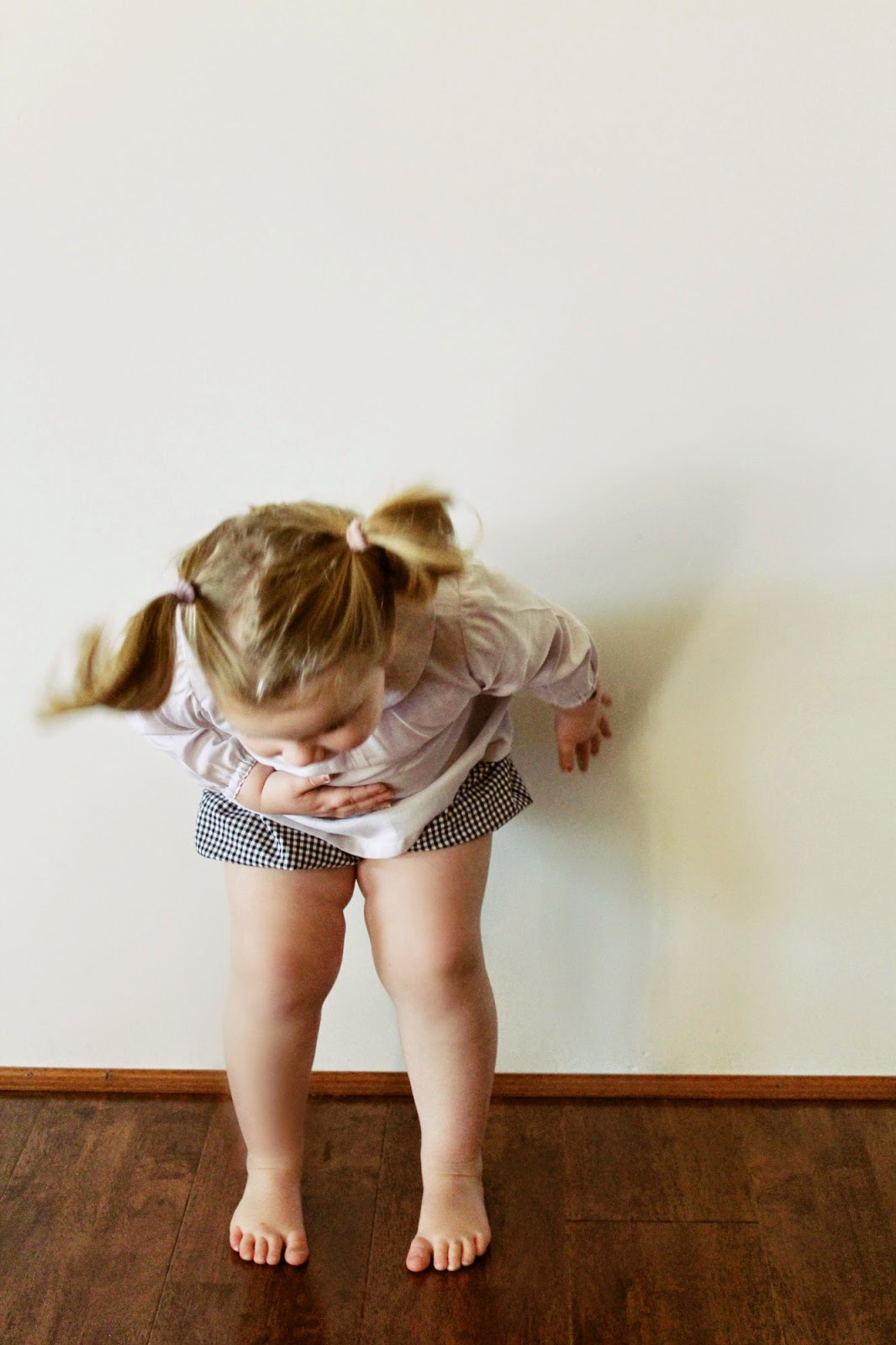 Still though, I probably won't be making this one again, not for Sophie anyway.  She is getting less keen on the girly stuff and only agreed to model this one after being bribed with a new packet of Crayolas.  Which is a shame, because I love this sort of clothing for little girls.  I'm trying to think how I can incorporate Ninja Turtles and the world of Lego into this style of dress, but, surprise, surprise! -  I am drawing a complete blank.  Any suggestions would be welcomed.