Put on a happy face - it's Election Day! 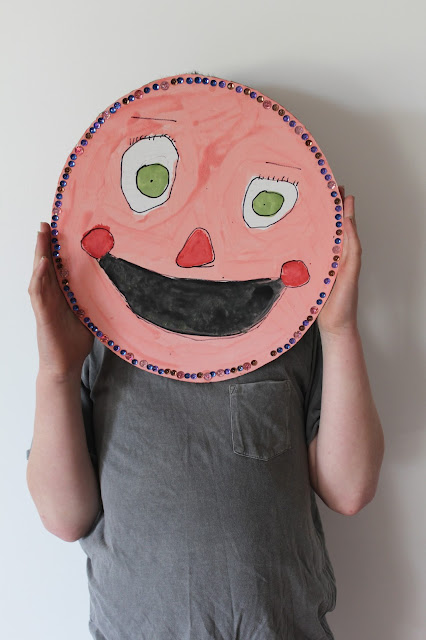 The kids had some fun making faces today.  It's amazing how some cardboard, paint, sequins and glue can make a couple of hours fly by.  Especially those sequins.  That kept Cameron busy for a good hour or so.  Which is probably just as well, being polling day and hearing nothing on the radio and television except for Labor this and Liberal that.  Boring for everybody. 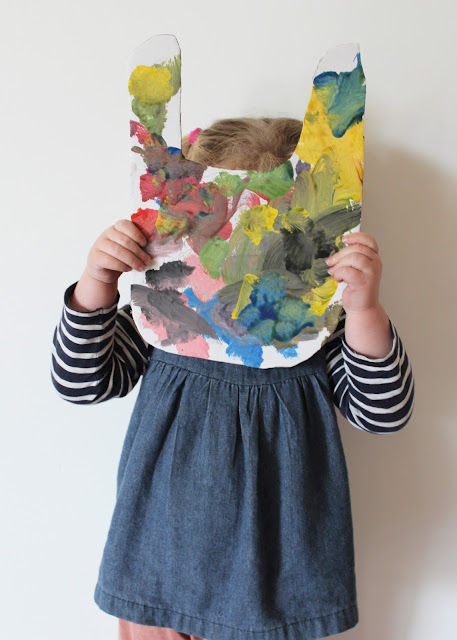 Sophie made a face, too, but hers was done in about five minutes, as is evident in the final product.  We tried to encourage her to draw eyes and a nose, but were met with a loud and resounding "NO!", and the typical "I'll-do-it-the-way-I-want-thanks" glare, which is becoming increasingly normal.  She was keen to put sequins on, too, but after gluing them to her hands, her face, the chair, the floor, etc. we decided that hers was better off sparkle-free.  The few she did manage to glue to her artwork were picked off before photo-time.

This will be how wide my smile is tomorrow when the Election is over.  Hooray! - no more political flyers choking my letterbox, or being accosted while grocery shopping by local party members, or receiving pre-recorded telephone calls from Tony Abbott right in the middle of dinner or while I'm trying to get the kids to bed.  That was just annoying.  Gee, I wish I had his home number.