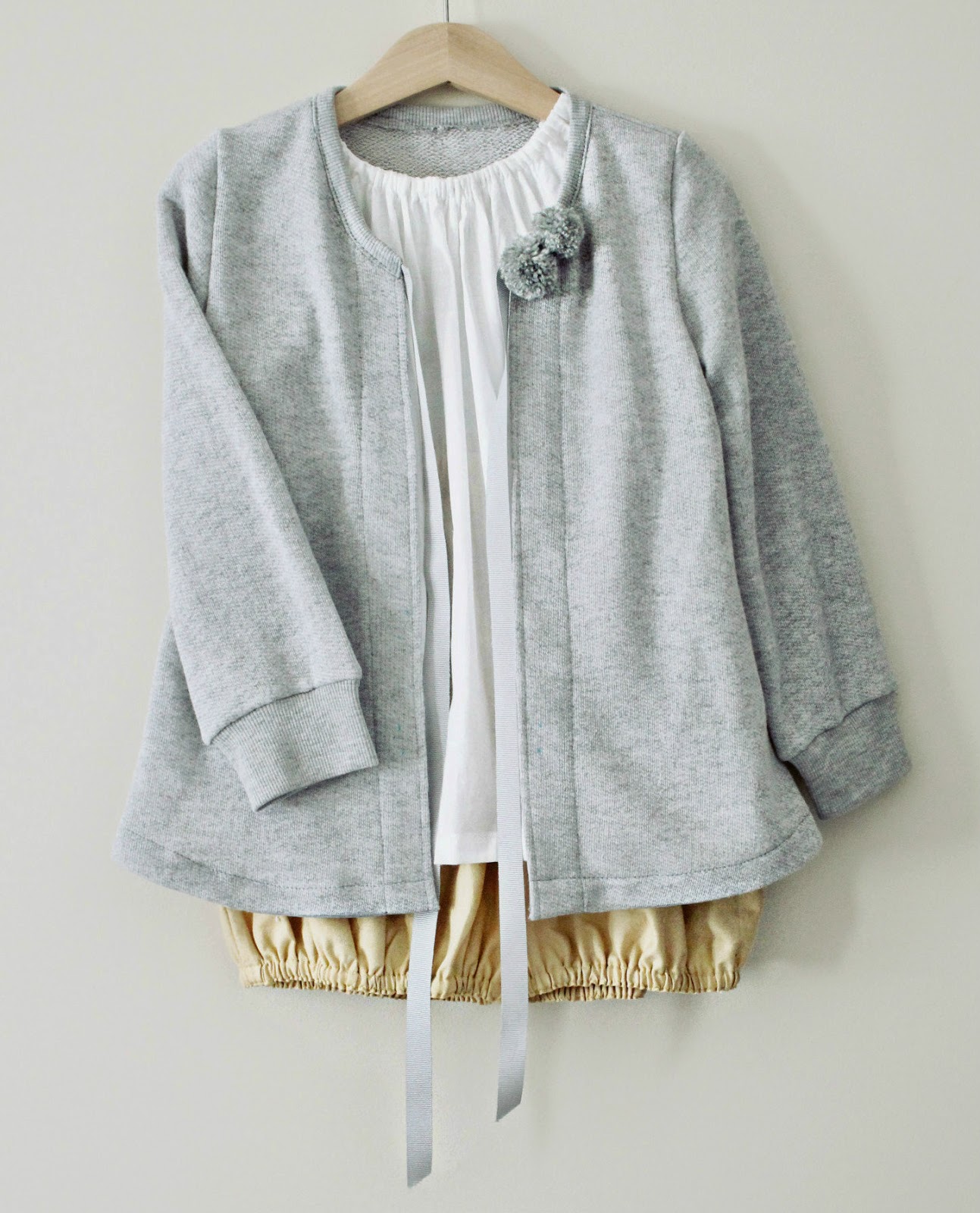 I'm currently drawing a few simple patterns and running up some samples out of fabric I already have at hand.  Just some baggy bloomers and a simple peasant top with a high neck, that wears more like a t-shirt.  It's still winter, but the last few days have been beautiful and clear and springtime-like, and I was inspired to make a start on Sophie's summer gear. 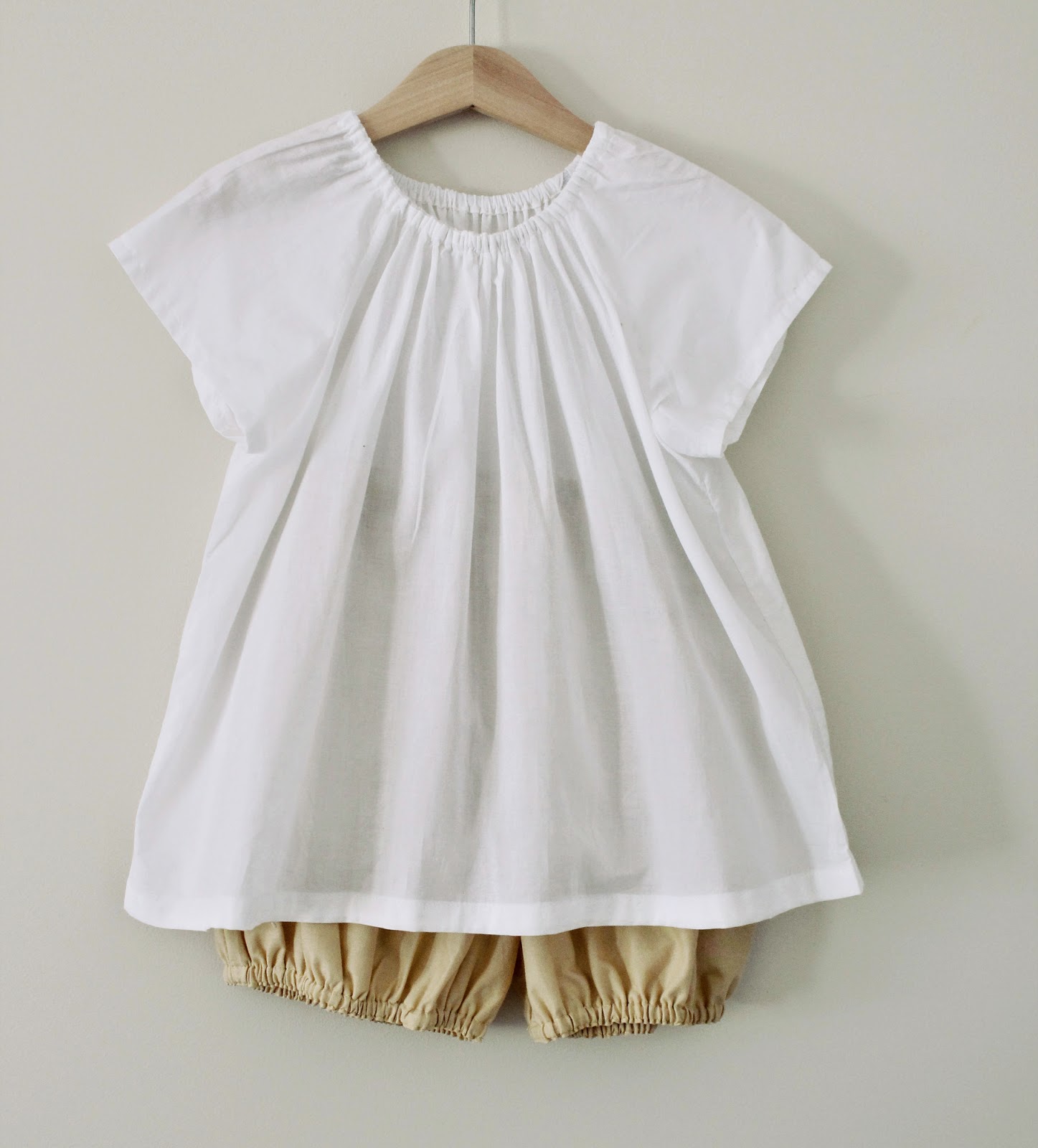 But once I'd finished, it felt silly to have made something so flimsy with still a month to go until winter is officially over (and probably another three until it's consistently warm and storm-free), so I made something to throw over the top.  Just so it looked a bit cosy.

The jacket is sort of the result of a muck about, and is, quite frankly, a bit of a fail.  Luckily, I actually thought it might turn out this way, so I made it from a plus-size sloppy joe I found on the clearance rack in K-Mart for four dollars.

I had originally planned to make a blazer type jacket out of some navy wool crepe, but it's getting late in the season now, and Sophie would probably not get much wear out of a fancy jacket this close to spring.  I'll save that for next year, now.

Oh, and of course, pom poms!  Partly because it looked a little boring without them, but mostly because my enthusiasm for pom poms is becoming borderline obsession.  I need to get a pet rabbit or something. 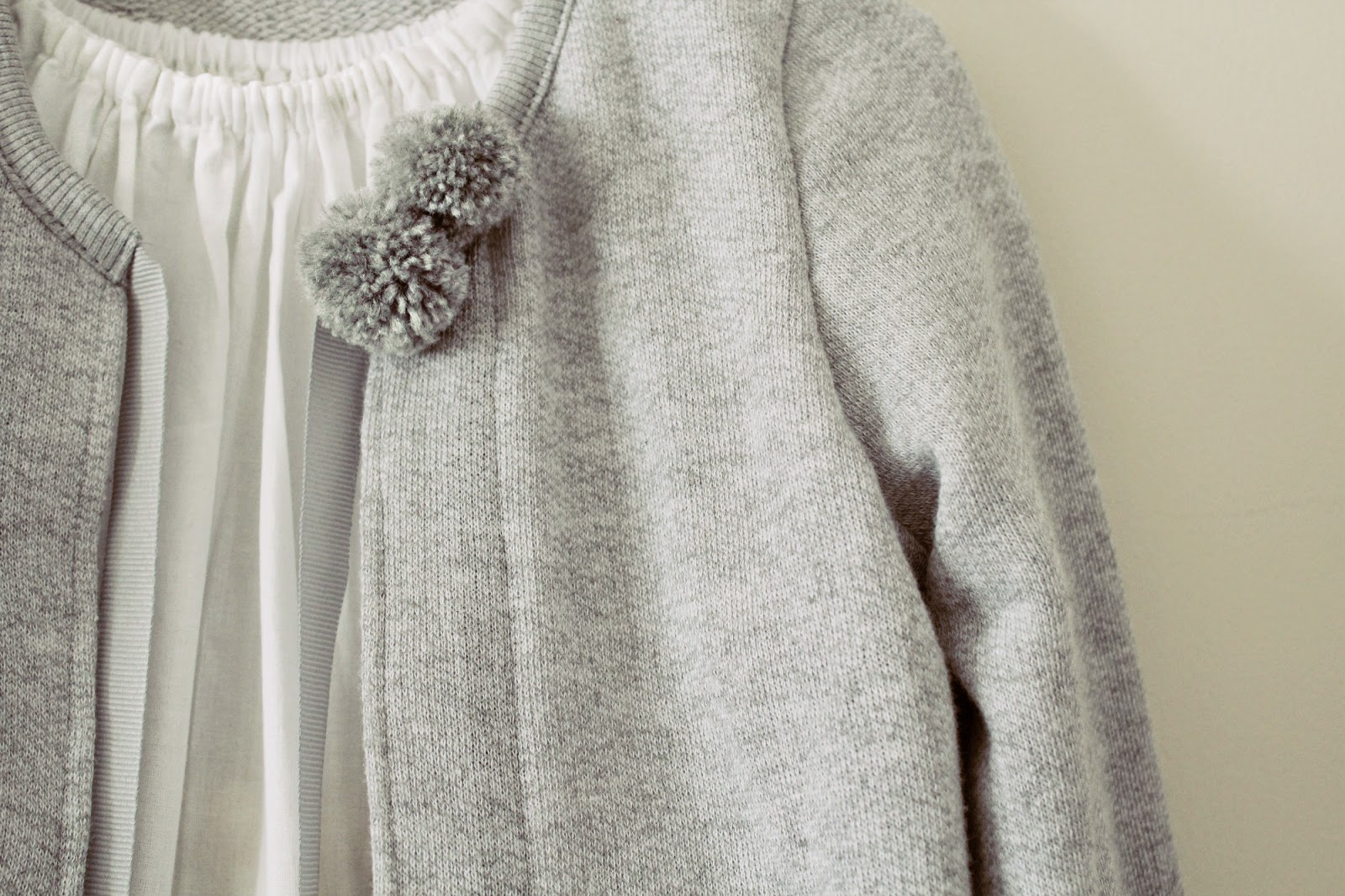