What an absolutely gorgeous day it was today!  I have been lolling about in the garden, doing not much in particular:  a bit of sweeping, a bit of watering, pulling out the straggler-weeds that I missed last weekend - just lovely.  Sophie took her first nudie-run through the sprinklers, which she wasn't too thrilled with, preferring her dad to spray her with the hose.  Like she was a horse or something.  Cameron is at a Joey Scouts sleepover in the city tonight, which apparently includes a circus performance and a truck full of baby animals to pet and feed.  Paul dropped him off at nine o'clock this morning, and, having not received any calls from his Mob leader or emergency services, we're assuming that no news is good news.

I've been busy making another outfit for Sophie May.  Hang on, didn't I say it was spring?  Well, this seems a bit gloomy, doesn't it?  It looks like it fell out of a rain-cloud.  Luckily I included that teeny-tiny little piece of pink ribbon. 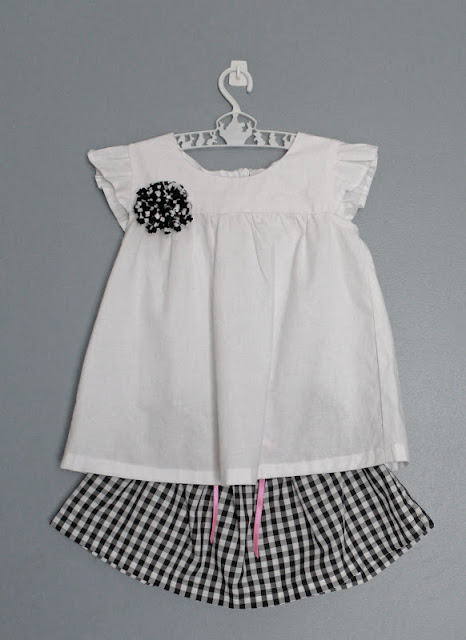 This top is nothing new.  I think I have probably posted a hundred of these to this blog already. I made the pom pom pin out of some strips of t-shirt remains which were left over from making tights.  I've pinned it just about all over Sophie's wardrobe - jackets, cardis, the top of beanies, hair-elastics.  All over the place. 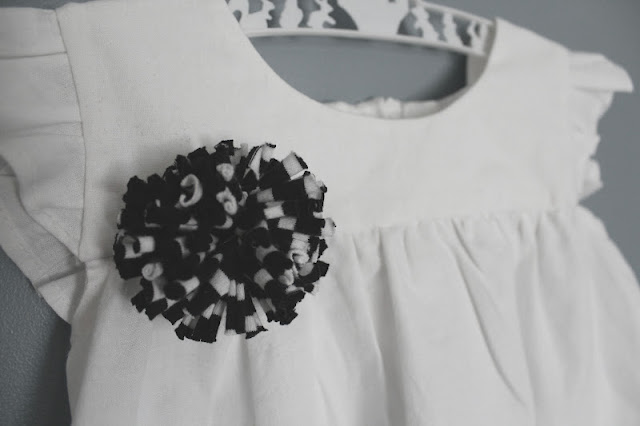 The vichy check fabric was a freebie my mother's friend passed my way ages ago.  I'd already used about two metres making toiles for bodices.  It was nice to be able to make it into something that will actually be worn. 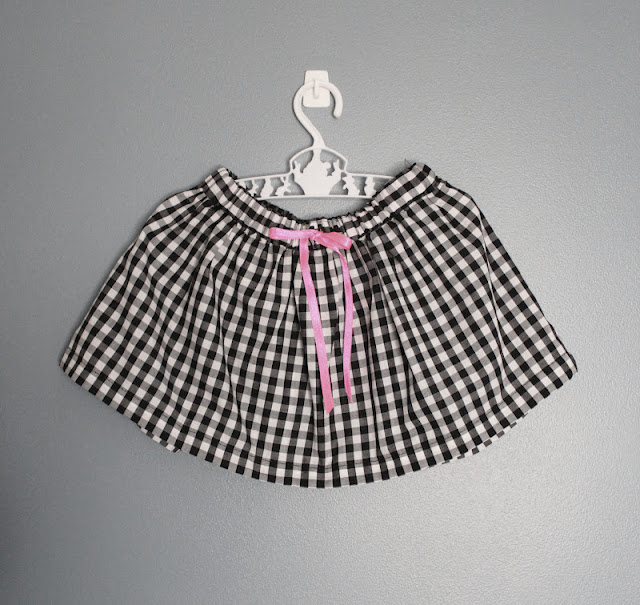 And the tiniest piece of pink ribbon, just to add a bit of pretty colour. 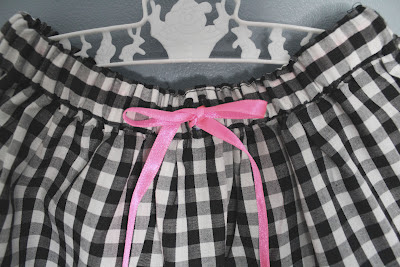 I have to say though, that despite my best efforts in girling her up, Sophie May is turning into a bit of a tomboy.  She is something of a grunter, and has a mean right hook. Oh, and a pretty full on and precisely targeted head-butt technique.  Ask my nose, the bridge of which is still feeling banged up two weeks on.  No more kisses for that little bruiser.