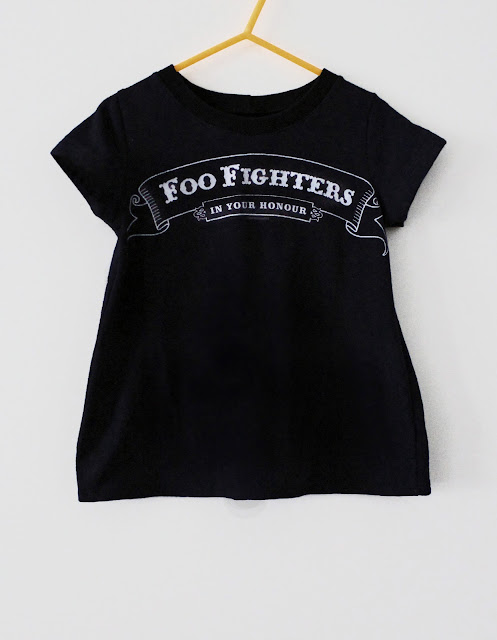 ...I might do something other than a shirt re-fashion.  Yeah, that'd be nice!

This is a re-fit for Sophie.  I originally found this Foo Fighters 2005 European tour tee at a local second hand store, snapped it up immediately and took it home with the intention of adjusting the boxy-ness out of it and wearing it myself.   Then I got pregnant and very fat and no amount of adjusting was going to make it fit, so I forgot about it.

I found it again when Cameron was about four, and made it into a shirt for him, but I sort of botched it up around the neck.  I think he wore it about twice and it's been shamefully hiding away in his bottom drawer since then.  I came across it the other day and thought I'd butcher it again, for old times sake, slicing it down to a size 3T sort of tunic thing, which Sophie can wear with leggings and sneakers.


This poor, poor shirt.  I sort of wish I had kept it in it's original state now, because I can get really grotty at work and I never have enough black t-shirts.  What are the chances of finding another one like this in this neck of the woods?  I'd say quite probably impossible. 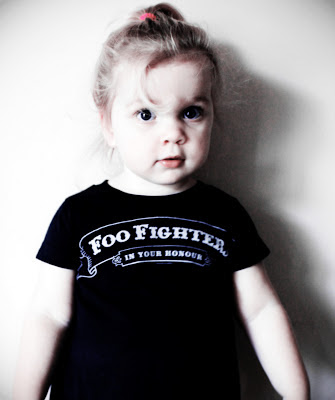