I usually bake something on Sundays for him to take to school - muffins, biscuits, something like that, but I'm in a bit of a dark mood with my kitchen today.  It is playing up like a hormonal witch (which is usually my specialty).  In the past twenty four hours, I have burnt myself on the stove-top, an oven rack AND the toaster, I slammed my finger in a cupboard door, and then my jumper got caught in the runner of my new bin drawer and ripped a large and mostly unrepairable hole in my sleeve.  If it had been my old kitchen, I would have kicked it over.  But I just spent a load of money on getting it restored, so I refrained from going full-metal-jacket on it and just swore at it instead.  Dumb kitchen.

Or maybe it's just me playing up like a hormonal witch, and I am being super clumsy.  In fact, this is probably more likely the case, but I am not prepared to admit it (or to be told such a thing by anybody within swiping distance).

But whatever the reason and whoever or whatever is at fault, I decided I am not cooking in it today.  It would more than likely do me right in.  So I sent Cameron in to do my dirty work and make his own school snacks.  I gave him this recipe because it is the easiest thing ever, it doesn't require to much concentration and it is a trade-able commodity at school, he tells me. 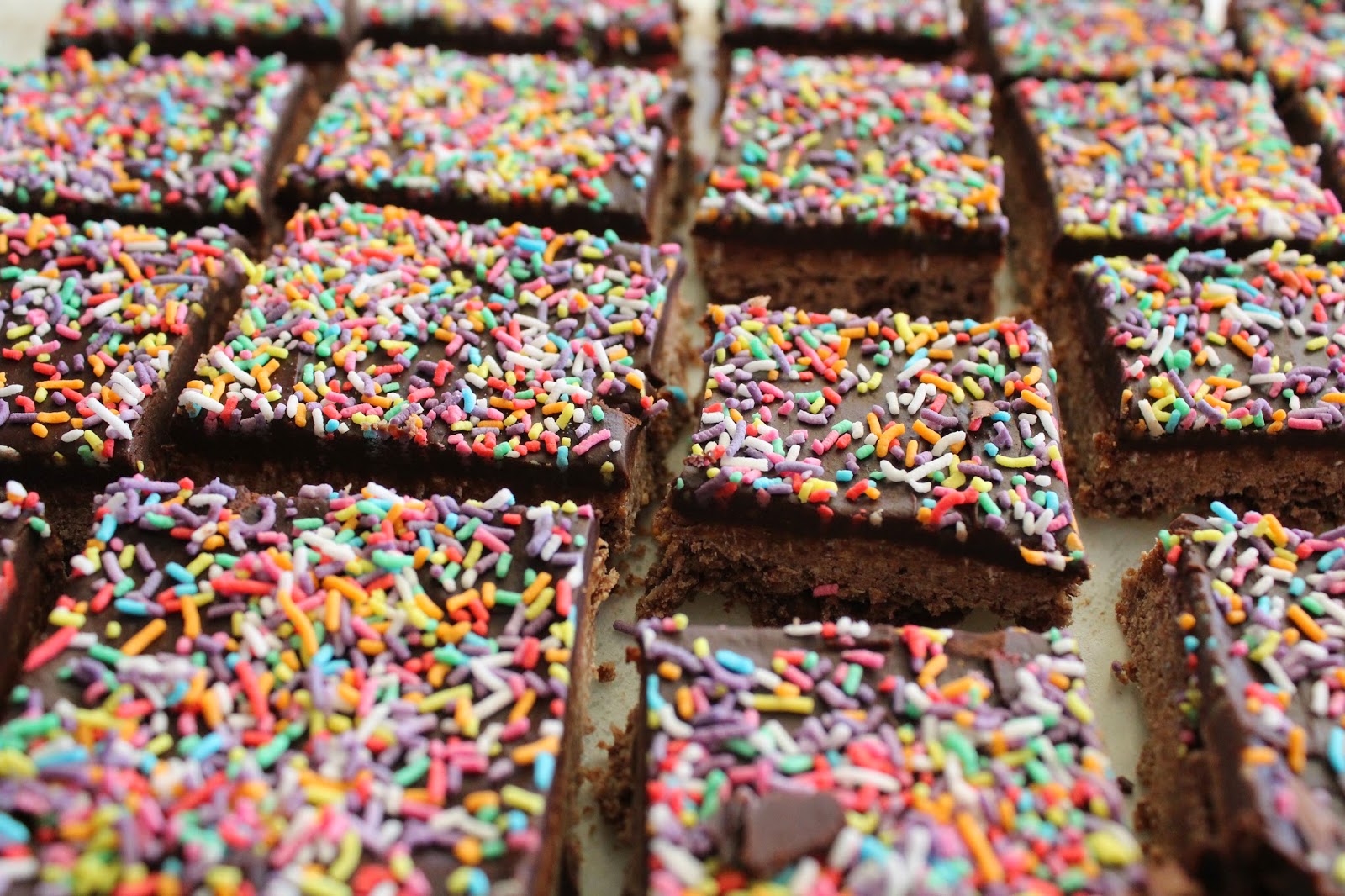 Sift flour and cocoa into a mixing bowl, add sugar and coconut and stir until all dry ingredients are combined.  Add melted butter and vanilla, mix well.  Press into pan and bake for 20 minutes.  Leave to cool in pan.  When cold, ice with chocolate icing (make the icing by sifting the icing sugar and cocoa into a bowl, add melted butter and hot water and mix until glossy).  Scatter with sprinkles, if desired.  Pop in the fridge for an hour or so.  Cut into bars or squares when the icing has set. 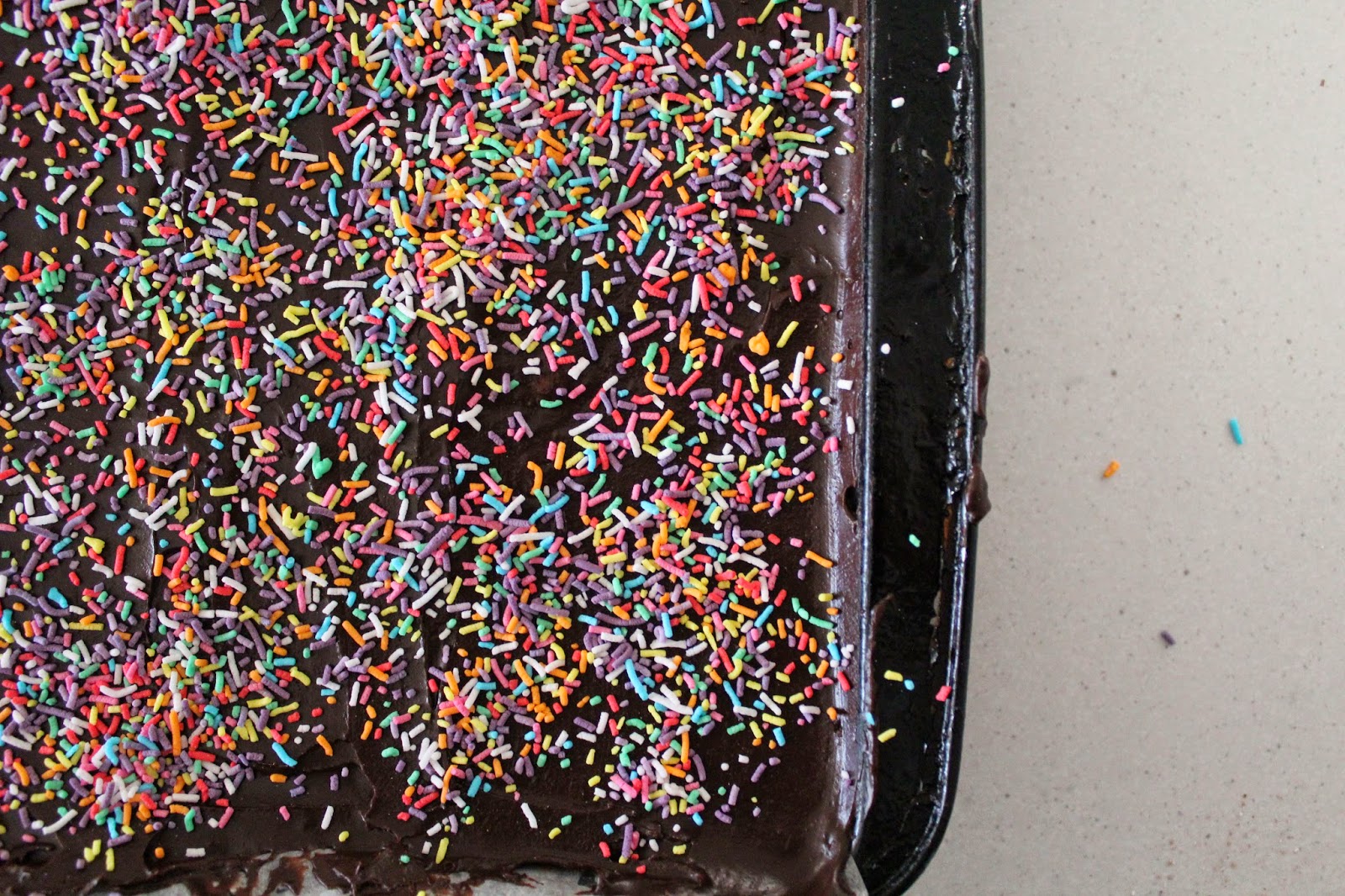 Too easy.   Cameron was able to get it to slab stage and smothered in icing and sprinkles.  It sat in the fridge for a few hours before I summoned up the courage to cut it up with a big knife.  But, I'm happy to report that I neither dropped the lot on the floor or stabbed myself in the hand.  It looks like things are on the up.   Take that, kitchen.