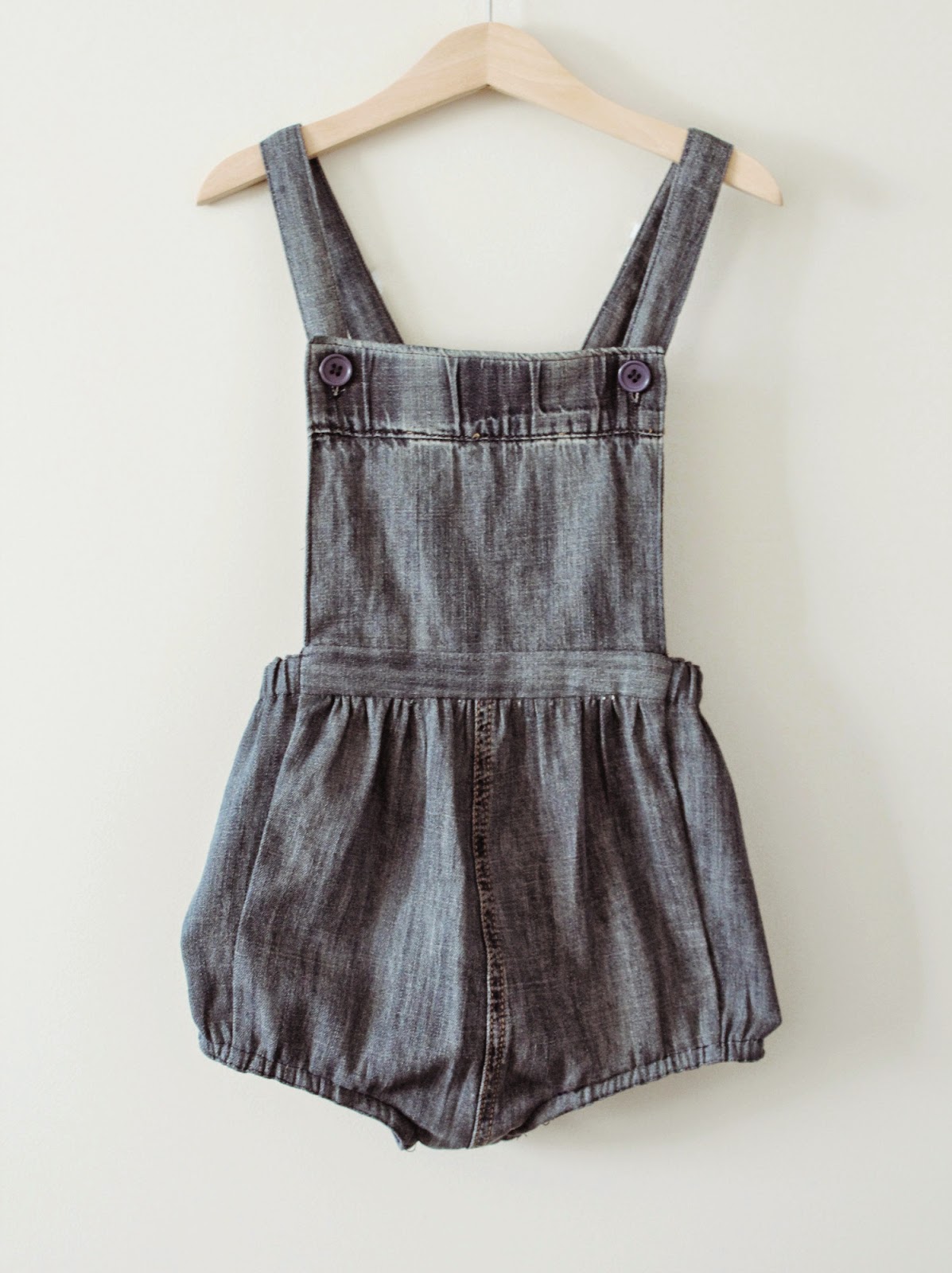 I am a woman on a mission.  I have been collecting op-shop finds and keeping old clothes for ages with the purpose of refashioning them, and then not getting around to it.  I just get way too distracted.  And now, my poor little sewing room is beginning to resemble a charity bin.  As we've been discussing moving house in the next year or two, my "collection" needs to be reduced to a more manageable size (if not culled completely), so I am making a sincere effort to work through it. I really, really am.

I made this sun-suit for Sophie from an old pattern which I had to adjust a bit (actually, a lot) to make it possible to cut the pieces from the original pants that I used.  The denim was very soft and floppy and a bit worn looking which really helped give it a vintage look.  I was able to incorporate some of the original seaming so it didn't look so home-made.  Additionally, the pants had elasticated cuffs that were nicely distressed, so I cut the bib from one of the legs to form the band at the top, just to add some interest.

I am sort of embarassed to actually show you the before picture of these pants.  I bought these from Kmart after Sophie was born in sheer desperation as I could find absolutely *nothing * to wear that was both cool and covered my legs in the 40 plus degrees celsius of summer (both my kids were born smack in the middle of summer, my least favourite time of the year).  They looked loose, comfortable and big enough for even me (who still looked like I had a baby whale stuffed up my shirt).  I was so tired, so sore and hot, sporting another stapled-up caesarean cut, and as mentioned previously, desperate for something cool to wear.  There were loads of these on the discount rack for eight bucks - yay!  I took them home without trying them on, and quickly discovered why nobody wanted them.  They looked expletively awful. 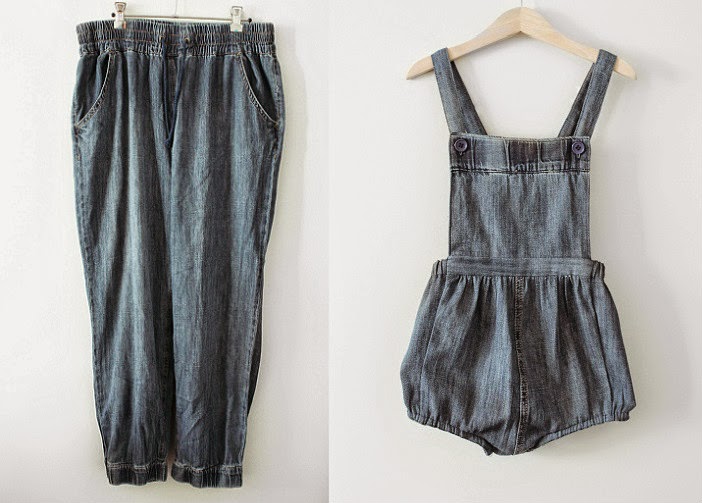 However, they look a hundred percent cuter now... 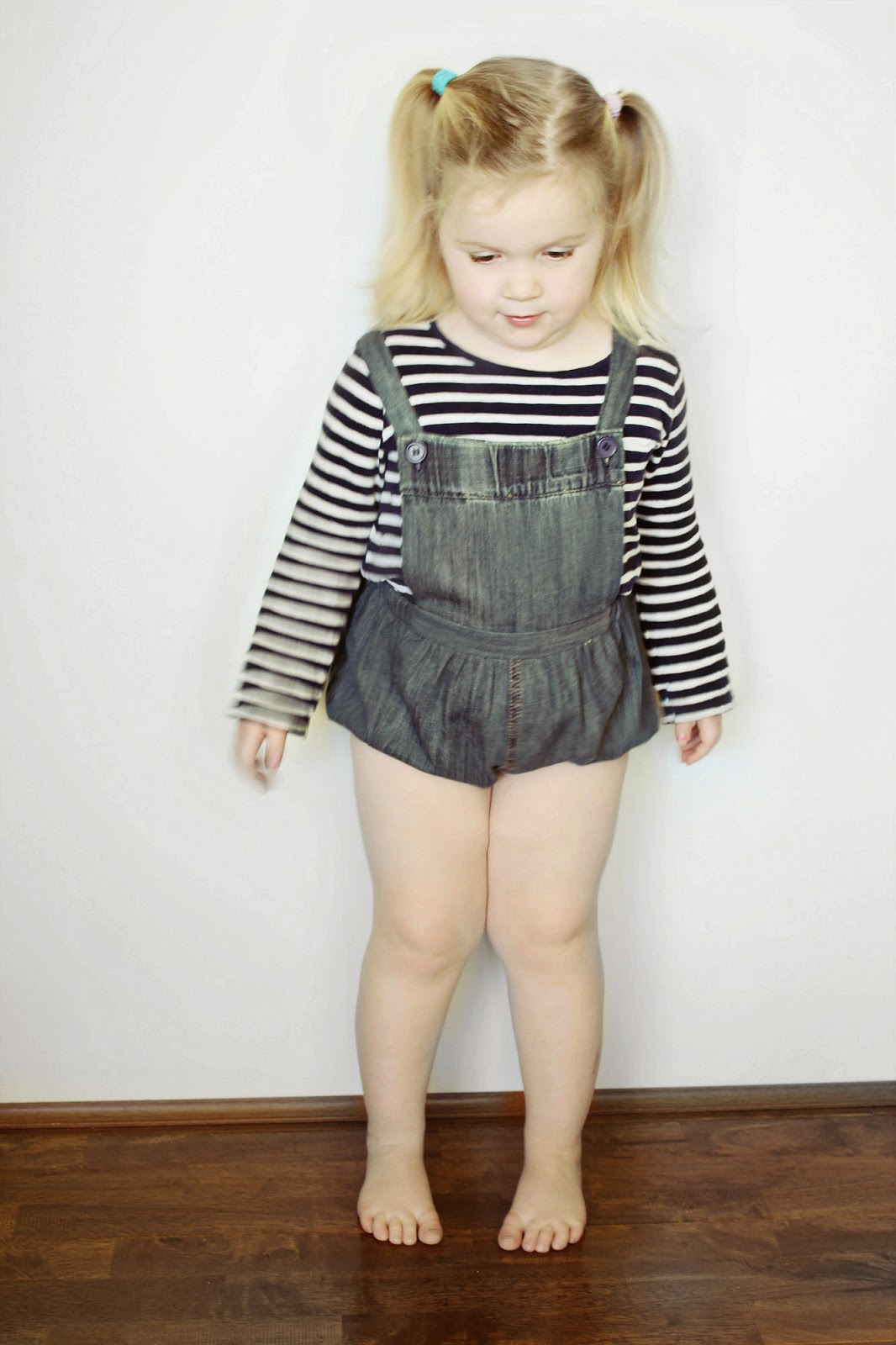 ...and they pass the flexibility test.   Which is an all important quality when you feel the need to spontaneously show off your gymnastic abilities in the middle of the supermarket or cafe. 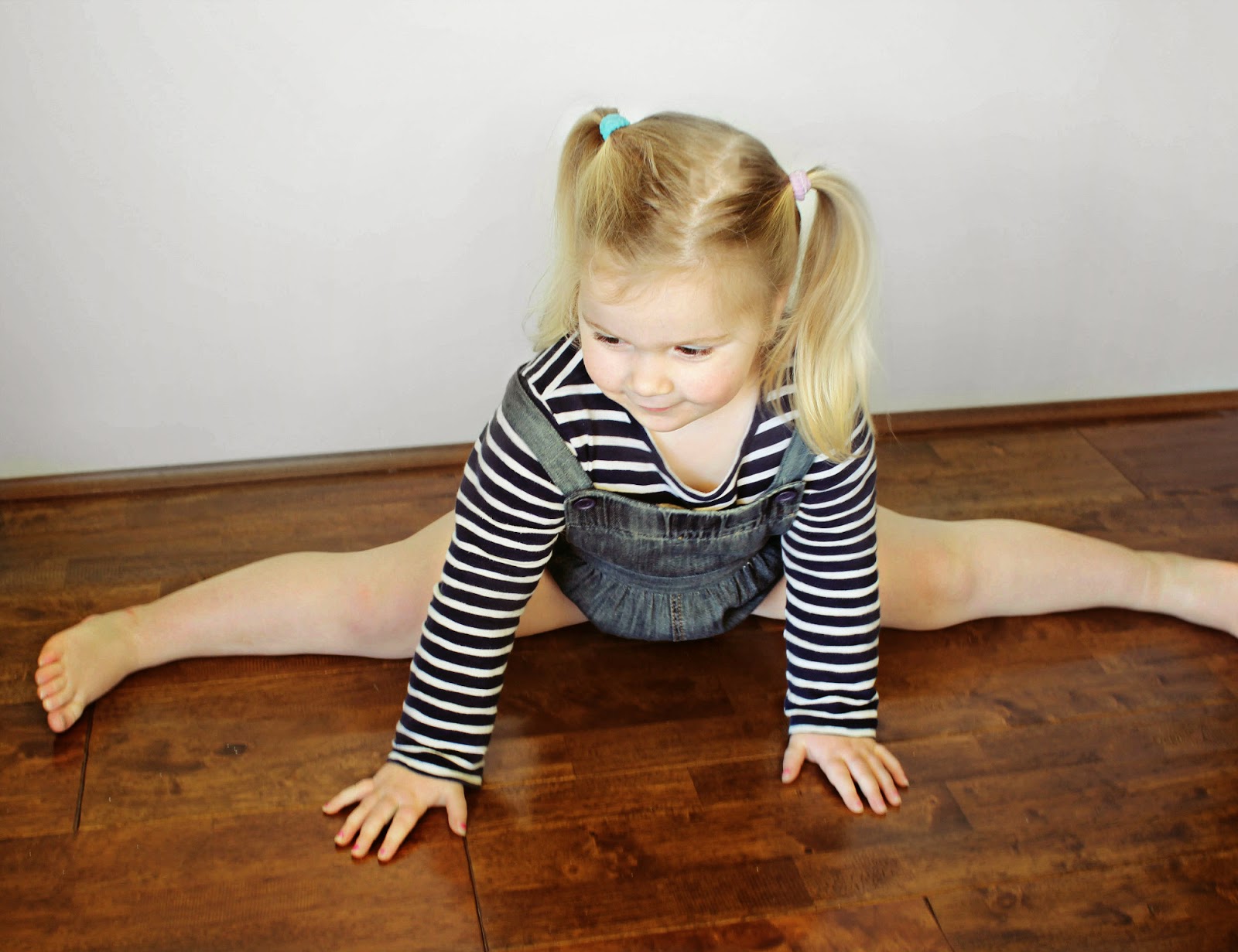