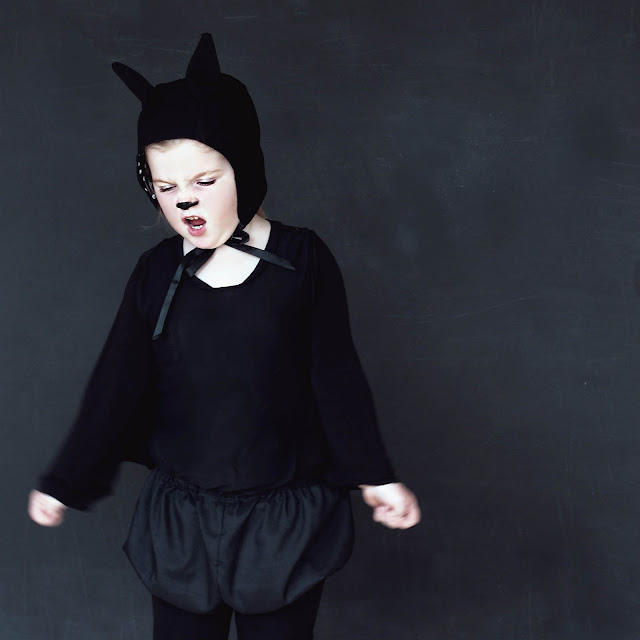 Both the kids have got somewhere to be this Saturday.  In this part of the world, the tradition of Halloween is quickly gaining momentum, what with every shop in the land having at the very least a small section devoted to kids' dress-ups, sweets shaped like eyeballs and severed fingers and a pumpkin-face version of just about everything.  There's a long break without much going on between Easter and Christmas, and Halloween has slotted nicely into the Australian calendar of things to do.  Let's face it, if it weren't for all the Halloween merchandise, retailers would be displaying all the Christmas stuff from the start of September, and we'd be preparing for that.  Or in my case, still leaving it until the last minute.

I secretly really like Halloween, because I love costumes, and the supernatural, and the dark.  My husband hates it, and thinks it's just an excuse to sponge lollies off your neighbours and to pitch eggs at cars.  He admits that he is cynical, but only because that was the sort of thing he did in his younger days, and he says he didn't have to use Halloween as an excuse, either.

Anyway, this year we've decided that Cameron can go trick or treating.   He is going as the Grim Reaper.  A lovely friend takes her kids every year, and knows all the best places to go.  He's ten now, and he only has a few years of trick or treat left in him, so we thought we best let him see what all the fuss is about, before he gets old and cynical like his father (who, I will add, is lovely in all sorts of other ways, just in case he is reading).

Sophie is going to a Halloween disco being held at the kids' taekwondo club.  She was excited about dressing up as Jack Skellington, but I didn't have enough time to throw together a stripey suit.  Maybe next year.  Instead, I convinced her to go as a baby vampire bat - she loves baby animals.  Even ones capable of infecting you with rabies. 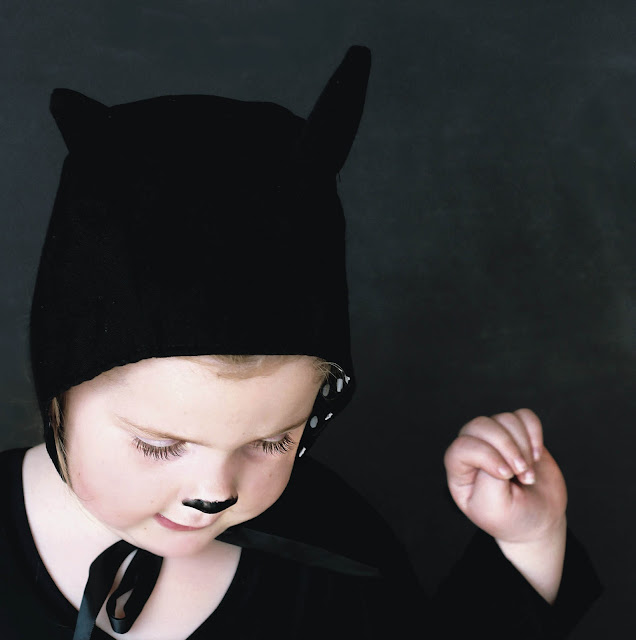 I made her a bonnet based on the ones I sell at my online store, replacing the rounded bear ears with pointy batfink ones. 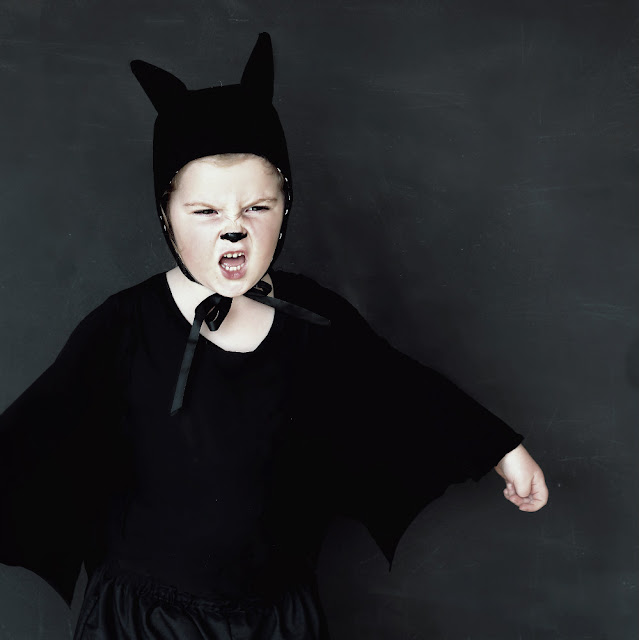 The wings were made from a stretchy lycra material, using this awesome tutorial.  I have had this one pinned for ages!  When I suggested to Sophie we dress her up as a bat, her only request was that she would be able to dance!  This bat-wing shrug is so comfy to wear, simple to make, and just so effective - perfect for dancing, too!  I also stitched up a pair of black bloomers to wear over her tights (just because I love them so <3).  Oh, and she's practicing the snarl for nearly the past five years. 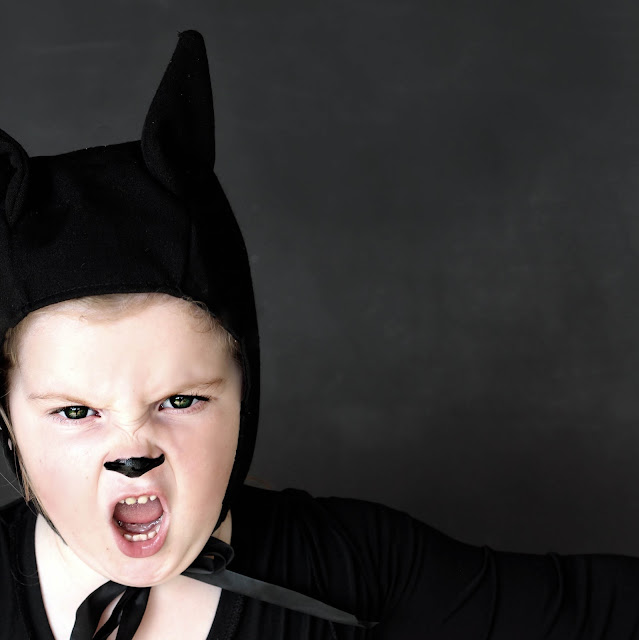 A bit of greasepaint on the nose is about all I'm capable of when it comes to face-painting.  I would love to learn how to do it, but this one's too wriggly and Cameron has always been very tactile defensive.  He hates face-painting, temporary tattoos, refuses to let me write my phone number on his arm with marker if we are going somewhere crowded (he prefers carrying a laminated card) - he just hates being drawn on.  He runs home from school to scrub pen ink off his hands, yet needs to be told without fail every day to clean his glasses and brush his hair.  I hear most ten year old boys are like that, so I'm not worried.  Not yet.

I can't wait for Saturday - I'm looking so forward to seeing all the children in their costumes - kids and dress-ups!  Two of my very favourite things!  I hope you a spooky and scary-fun Halloween!