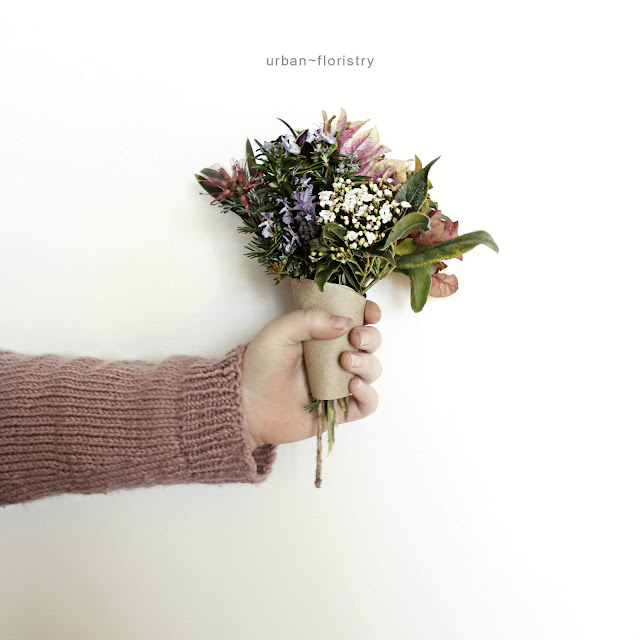 I was DESPERATE to get some fresh air today.  It is the last day of the school holidays (woop!), but the weather has been decidedly cloudy and awkward lately, so getting the kids out has been a bit of a non-event.  Generally, the last couple of days has been a continuing cycle of surfing Netflix, watching old Dragonball Z eps and Sophie asking me to print off unicorn colouring pages.

The Mister forgot to pick up a carton of cream when shopping the other day, so I unanimously and all on my own decided we would walk to the closest supermarket to get some.  As expected, this suggestion was not met with unbridled enthusiasm, partly because the weather still looked decidedly iffy, and because 'walking is boring'.

However, Sophie is easily persuaded into walking almost anywhere by shoving a paper cup into her hand so she can collect 'stuff', be it sea-shells, rocks, seed-pods, and in today's case, flowers.  She fancies herself as a bit of a walking florist, keeping an eye out for pretty looking weeds and council-verge flowers, with the odd specimen snatched from bushes straying over fences, and always, ALWAYS about a half dozen spears of lavender from the far side of our neighbours' garden (shhhh!). 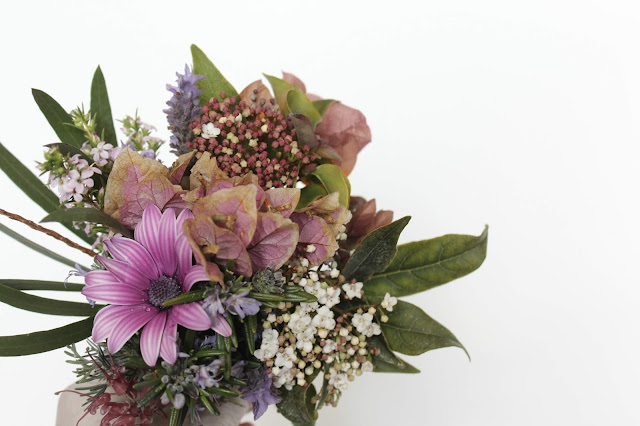 She does pretty well with her selections (and non-selections; if there is anything resembling a bee close-by, she is out of there).  We try and name all our flowers with their proper names - in the bunch we collected today, we have bouganvillea, rosemary, a dandelion and lavender, but some we do not know the names of, and they have been given their own names, like 'stickflower' and 'seedflower'. 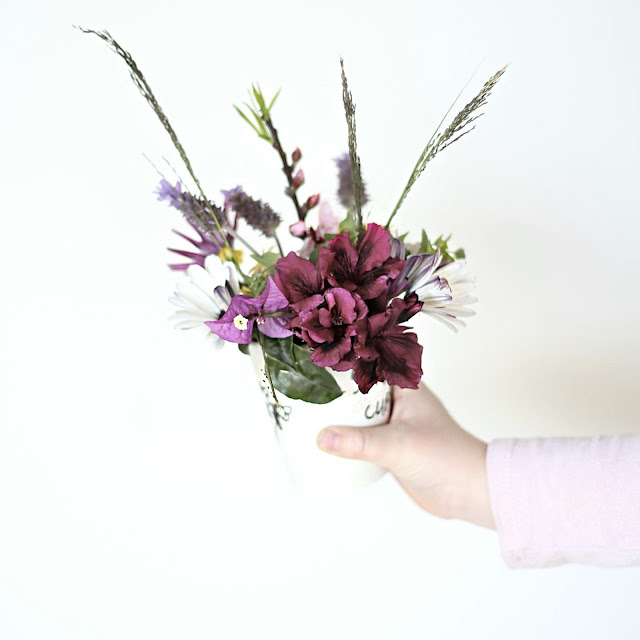 It's interesting how paper-cup posies vary from season to season, the one in the photograph above was taken last October, and looks a bunch different.

We keep a small sleeve of cheap paper cups in the car so that wherever we are, we can throw together a new posy, and see just how different they can be from place to place.  If we think beforehand that we might be doing it as an activity, Sophie sometimes gets her textas and stickers out, and decorates her 'vase'. 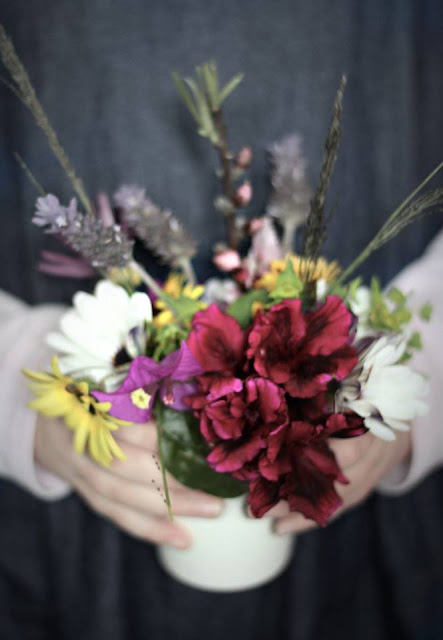 (I would like to say that making our posy was the one thing that made our walk [on which we did end up getting wet] less boring, but I will admit to committing a slight bribery with a cupcake from the local bakery ;) ).